To use the wire anchor holes: 1) Trim off the end of a suitable gauge of hookup wire 2) Pass it through the larger (pad-less) hole from below and pull a couple of inches through. 3) Strip the insulation from the end of the wire, twist and tin it. 4) Bend the wire over and pass the tinned part through the associated pad hole. 5) Flip the board and solder the tinned wire to the pad. 6) Pull the excess wire back through the first hole so only a short length remains between the hole and the second pad. Make sure this is the LAST step, or the insulation will peel back from the wire as it is soldered. 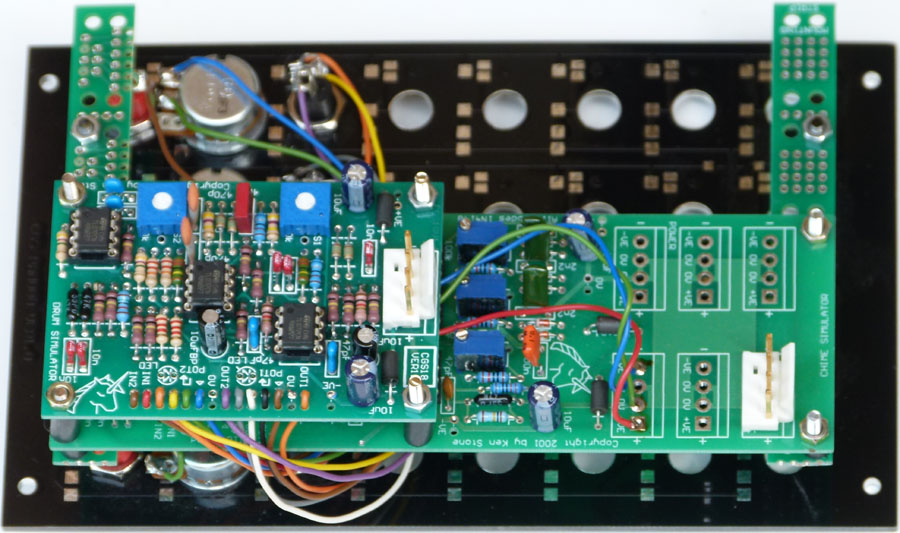 Retrieved from "https://sdiy.info/w/index.php?title=CGS_drum_simulator&oldid=16436"
Category:
Cookies help us deliver our services. By using our services, you agree to our use of cookies.