CGS40 the CGS modulo magic (v1.2) is a CV and signal processor based on the mathematical modulo principle.

The schematic of the Modulo Magic.

Yes, it's a very complex, even confusing, design.

The component overlay for the VER1.2 PCB. Click through for an enlarged, printable version. Print at 300dpi for a correct scale printout.

It is also possible to wire in a "steps" switch. Each of the "T" pads is wired to a successive position on an 8 position rotary switch, with the switch common connected to 0 volts/GND. There are two suitable 0V/GND pads provided on the PCB. 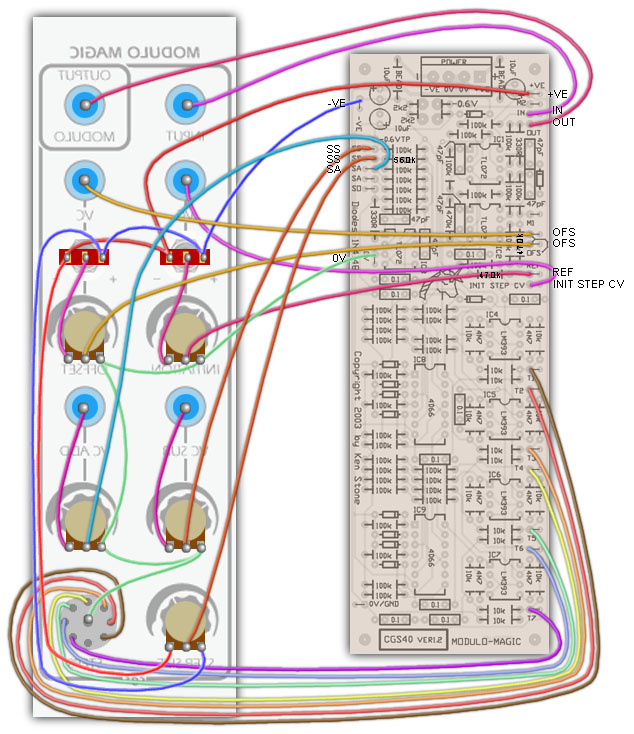 A possible wiring solution, showing several options mentioned in the text above. The Pos/Neg switches were included as this will allow the manual controls to be easily set to zero by turning the pots fully counter-clockwise. This example is as per how I wired my Best of CGS panel. Some resistor values were changed as per the notes above.

Retrieved from "https://sdiy.info/w/index.php?title=CGS_modulo_magic&oldid=16109"
Categories:
Cookies help us deliver our services. By using our services, you agree to our use of cookies.