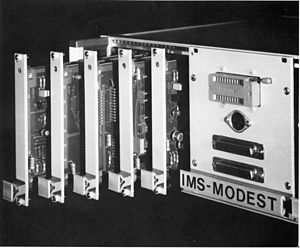 The 1979 Philips IMS 2650 Eurocard computer system.
Eurocard is a European standard format for PCBs, which can be plugged into a standardized subrack. The subrack consists of a series of slotted card guides on the top and bottom, into which the cards are slid so they stand on end, like books on a shelf. At the "back" of each card are one or more DIN 41612 connectors, which plug into mating connectors on a backplane in the rear of the subrack.[1] 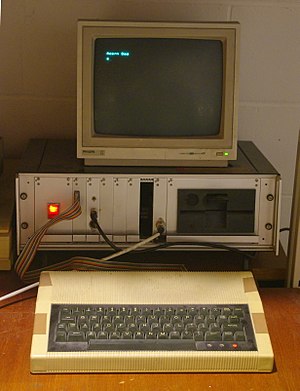 Retrieved from "https://sdiy.info/w/index.php?title=Eurocard&oldid=2701"
Category:
Cookies help us deliver our services. By using our services, you agree to our use of cookies.