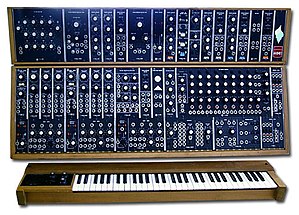 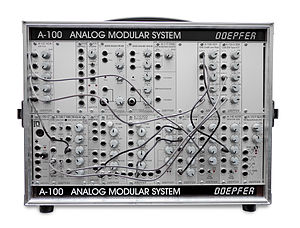 The Doepfer A-100 (1995 to present)
The modular synthesizer is a type of synthesizer consisting of separate specialized modules. The modules are not hardwired together but are connected together, usually with patch cords, to create a patch.[1]

Each module has its own simple function and they must be connected together with patch cords before any sound can be made. The sound of a patch depends on the interconnection of these modules and on their settings.

Some examples of music implemented by modular synth, which isn't abstract, experimental nor plain demos of modules and functions.

Retrieved from "https://sdiy.info/w/index.php?title=Modular_synthesizer&oldid=21420"
Categories:
Cookies help us deliver our services. By using our services, you agree to our use of cookies.